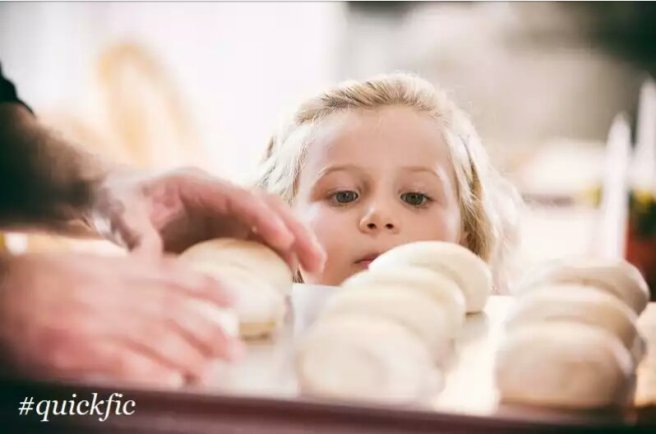 The steam oven belched like a dragon, clouds boiling and billowing out as a fresh tray clattered onto its shelves and the latest batch of crisp, puffed rolls were pulled from its flaming maw; in shape and placement so alike the batch that replaced them, and the act of swapping so seamless and fluid, it was like watching a magic trick. From plump white dough to golden crusty rolls in a moment.

She scampered through the bakery, soft white shoes pattering across the terracotta tiles, eyes wide at the magic performed at every station. Here dough was rising like a sponge blooming on the ocean floor. Here a mixing bowl she could comfortably climb into was filled with tendrils of sticky not-yet-dough, still not sprung together by the activation of the yeast. Here her father, floured to the elbows, shaped the bread. She watched his hands move, a sculptor, a sushi chef, a masseur. Here her mother arranged the cooling loaves, swapping shelves with an unguessable pattern behind her eyes.

As she crouched beneath the steel-topped table where dough, where lifewas being pounded into shape, she talked to the salt-dough figure she’d made, guided by her parents, that morning. She told it how everything worked, told it stories of the monsters that lived in the ovens and the fairies that rose the dough. She told it about the magic, and she told it the truth. It was all magic. More rolls arrived above, burnished and crackling. Ta da!