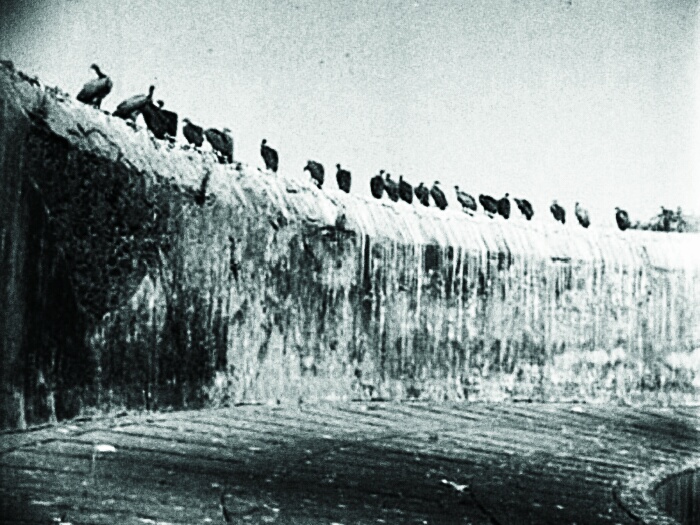 She sat with me as the birds began to circle. They knew the tower; to them it was a source of fresh food, easily taken and safe from competition. Because they are birds, they never stopped to wonder why or how. Because I was like them, neither did I. It just happened. When we die, we are placed here for them. Not an offering, not a sacrifice, there is no meaning for the birds and the birds have no meaning for us. We are, in the end, meat, sinew, bone. A meal. I hope I was a feast.

She looked sad. I wanted to tell her “Don’t be sad, I’m having a great time! Look at the birds! They’re going to carry me away to Israel, Africa… Afghanistan!” She wouldn’t hear me. She was there because she wanted to see me one last time, and to make sure I was safe from the nasu daeva. I could have reassured her on that point. The daeva was indeed present, but prowling and snarling at the base of the tower. I leaned over the edge and thumbed my nose at it. If it noticed, it didn’t show it. A dumb animal.

When I looked back, she was standing by the central well, looking down into the ossuary. Crowded with our ancestors, a jumbled mass of picked-clean bones swept into the pit without a second thought. I joined her, peering down and wondering if there were any like me in there. Anyone still hanging around. A tattered thread of thought, words jumbled like the ribs and skulls, curled aimlessly out of the debris. Not exactly like me, I thought. Don’t hang around here – the next thought along was crisp and precise. Don’t get tangled up in there. Don’t lose yourself forever. Go. I turned to leave.

She was crying again. She was here for me, but I… I should be there for her, shouldn’t I? Grief is a process, after all, and she would need time. Time I could afford to give her. She sat again by the body I used to call my own and wept. I sat by her, searching for a way to speak to whatever was inside her that was like me, that would be here when her body was gone.

After a while, her weeping stilled. She sat quietly and I sat with her, listening to the growls from the outside, the whispers from the inside and silence here at the top.